Having completed some more 54mm units for my North West Frontier set up I had a game of Bolt Action. 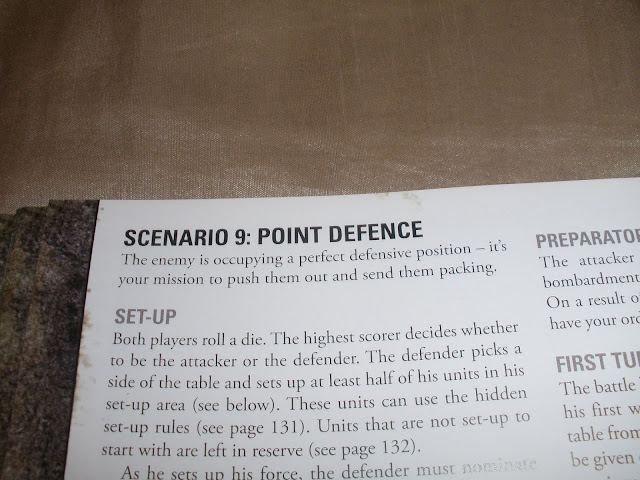 The Pathans are defending three strongpoints in the form of ruined buildings but have chosen to only occupy two of them. If they hold two out of the three by the end of the game they will win the battle. 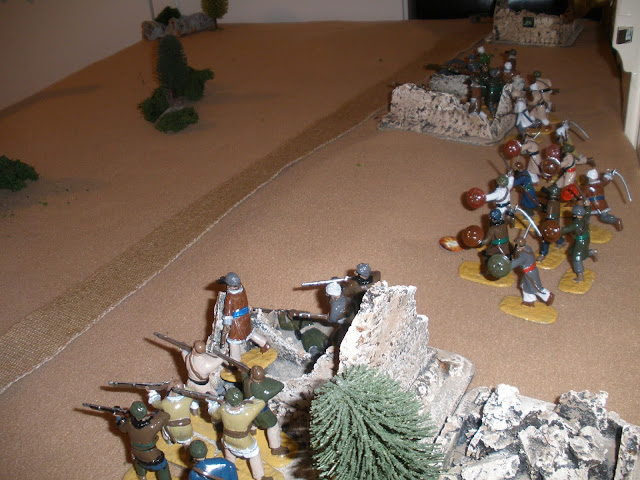 They suffer a bombardment which causes no casualties but forces them to keep their heads down. 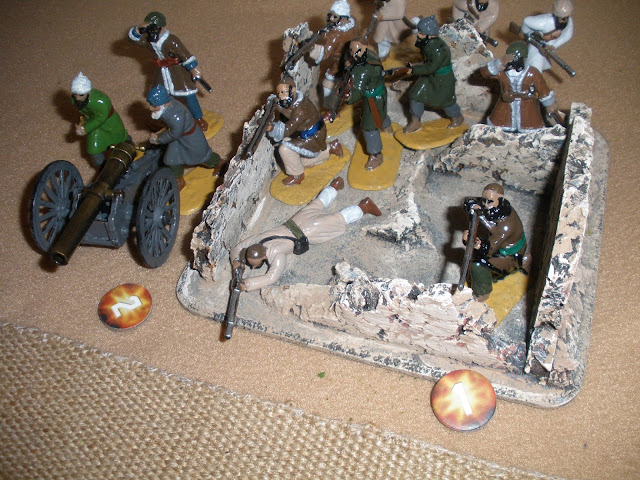 The British-Indian forces move onto the board while the Pathans are trying to rally. 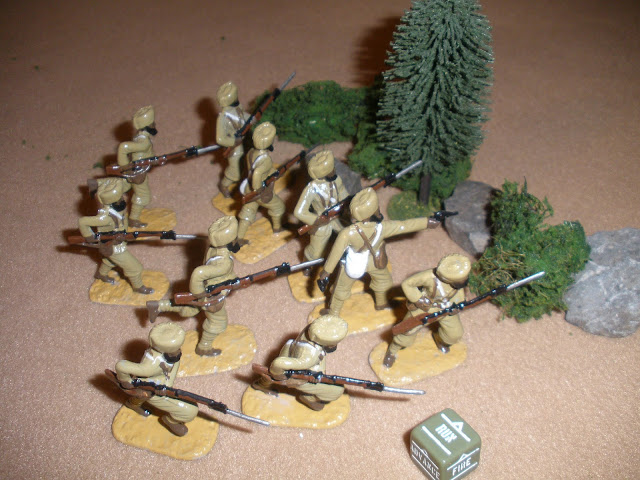 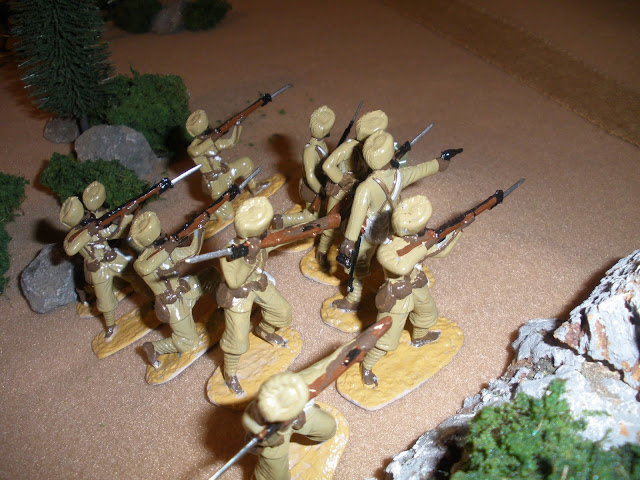 And a section of British. 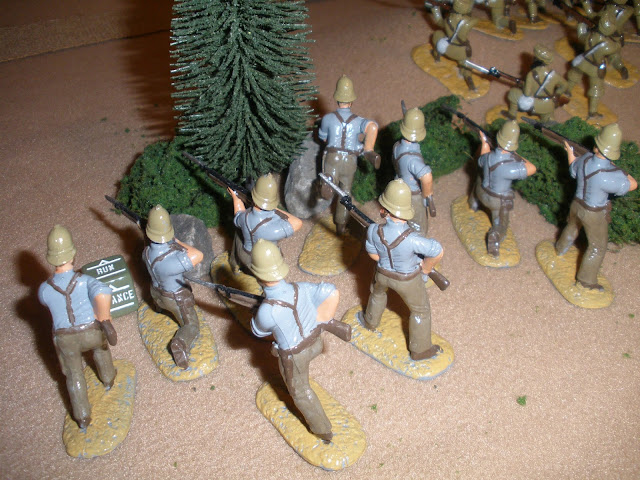 The Brits bring up a screw gun, firing screws sounds dangerous to me, someone could lose an eye!. 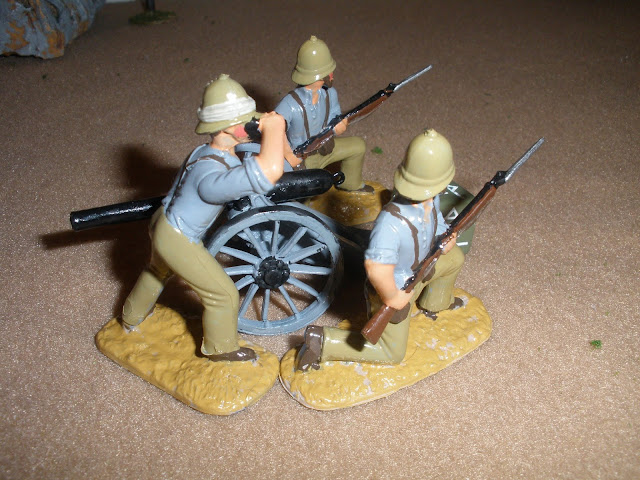 The Pathan gun crew cannot rally from the bombardment. 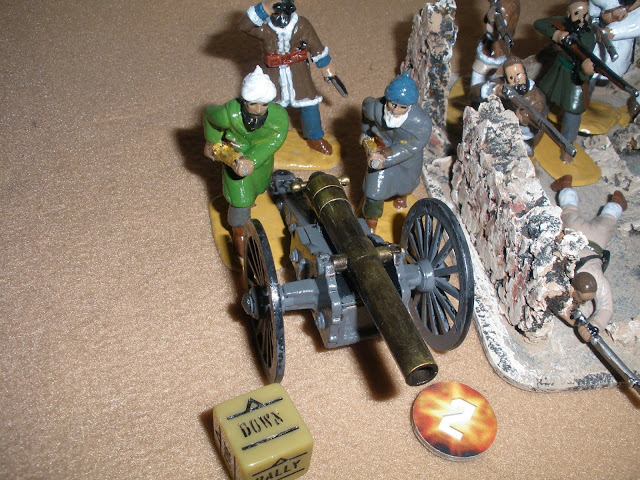 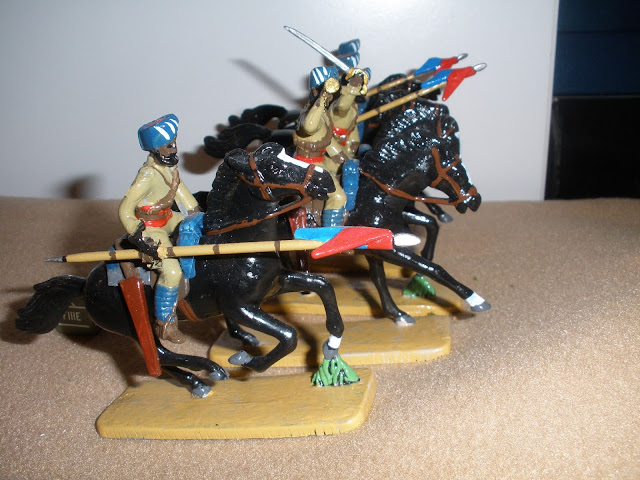 And on turn two charge the gunners in the flank. 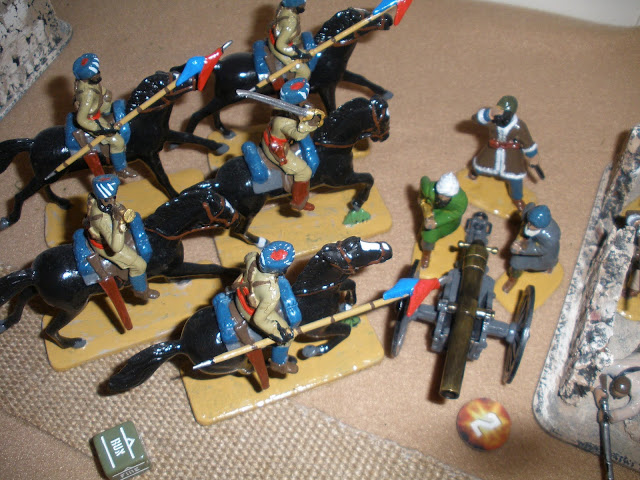 After skewering the gunners they fall back to claim the unoccupied objective. I made a mistake here allowing the gunners to fight simultaneously and kill a lancer. Oh well. 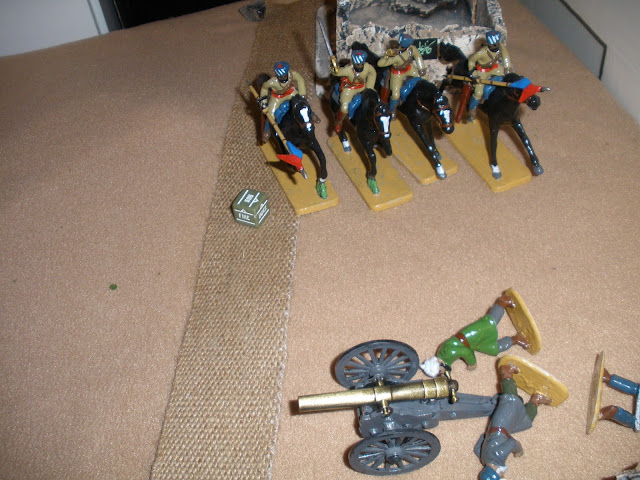 The Indians pour fire onto the Pathans. With little effect. 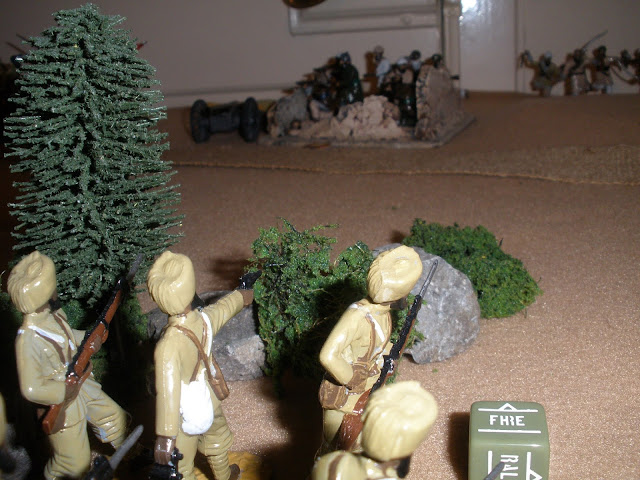 And the Afghans reply in kind. 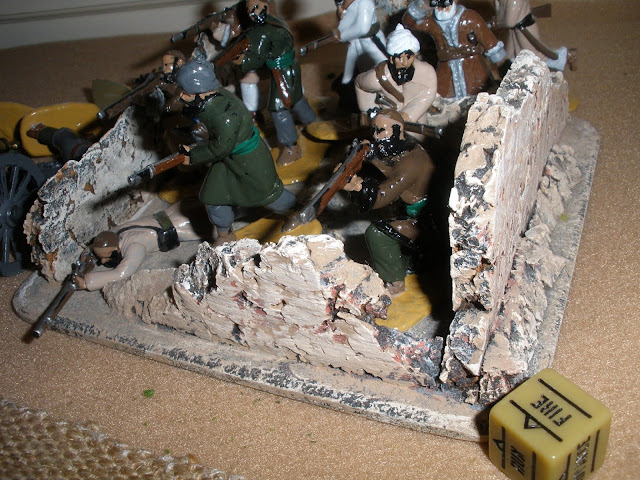 The other Pathan unit fires too. 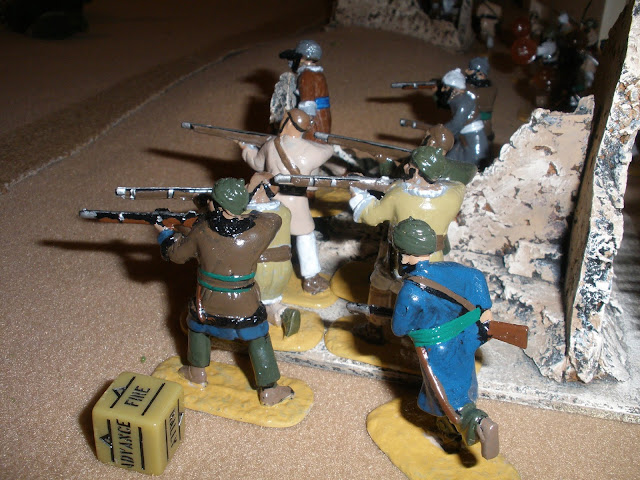 With rather more effect, killing the section leader. 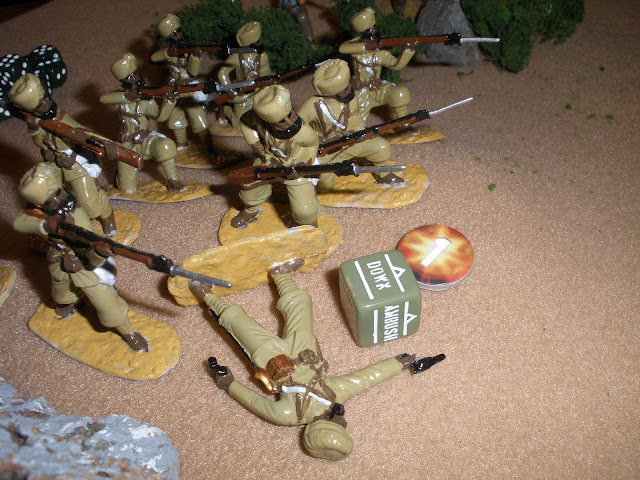 The Indians are getting the worst of the shooting. 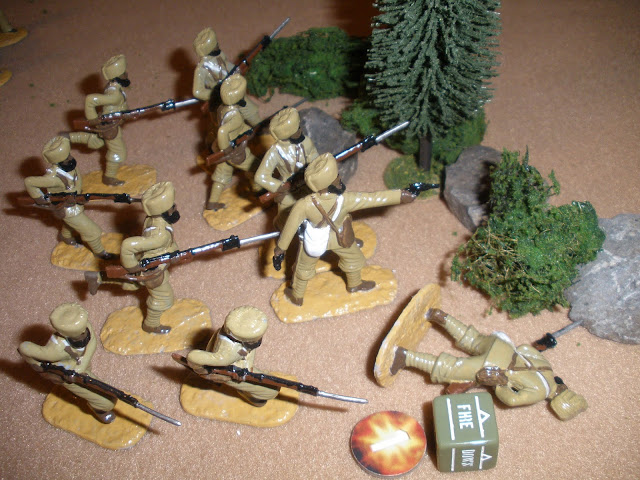 And the Ghazis rush forward!. 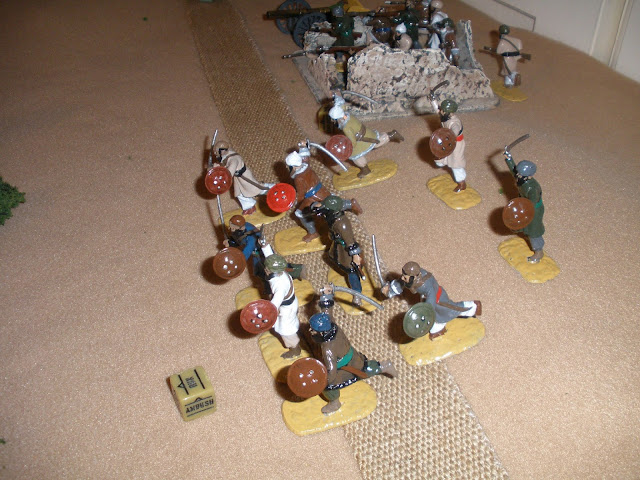 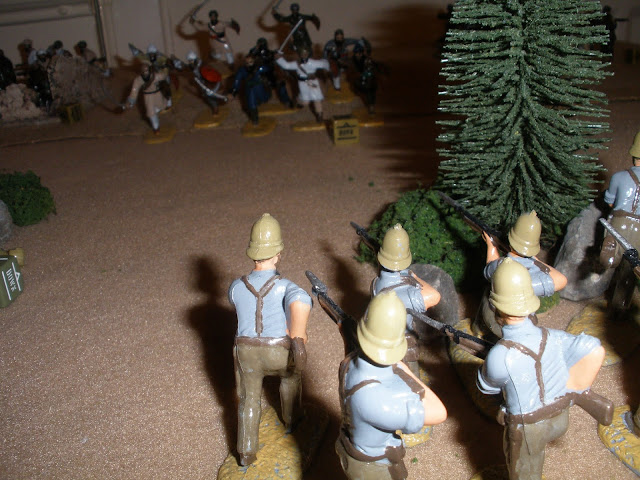 And drop three of the swordsmen including their leader. 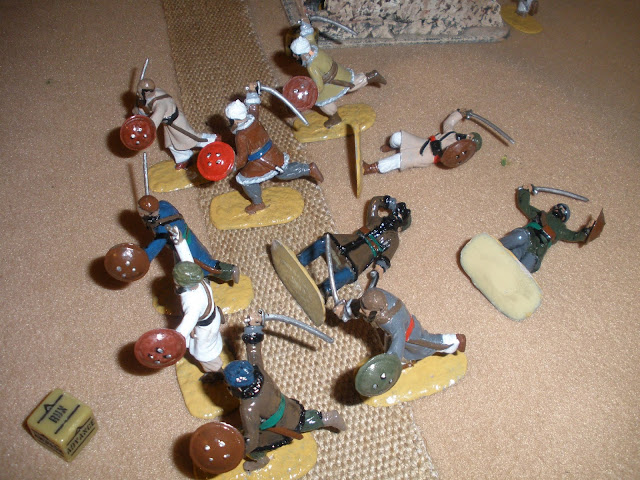 Another Ghazi falls as the Indians fire too. 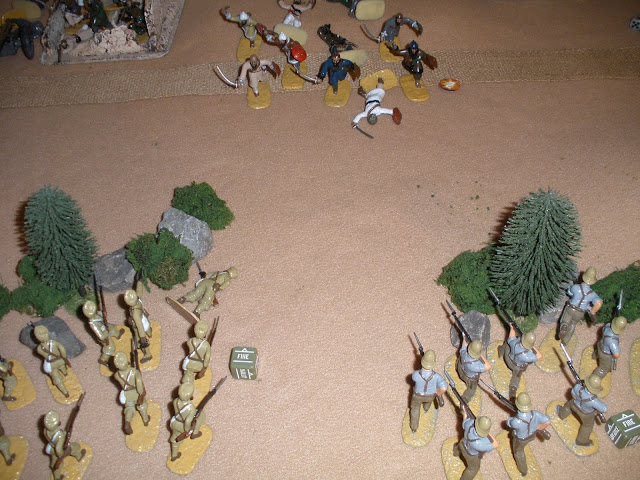 But the Ghazis still manage to charge the Indians. 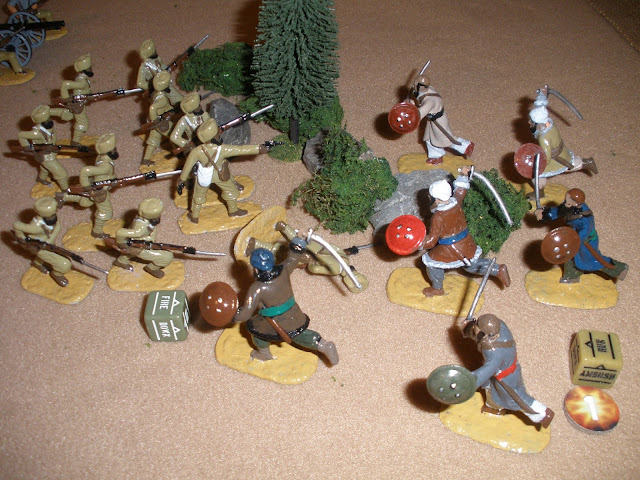 And win the fight causing six casualties for four received. 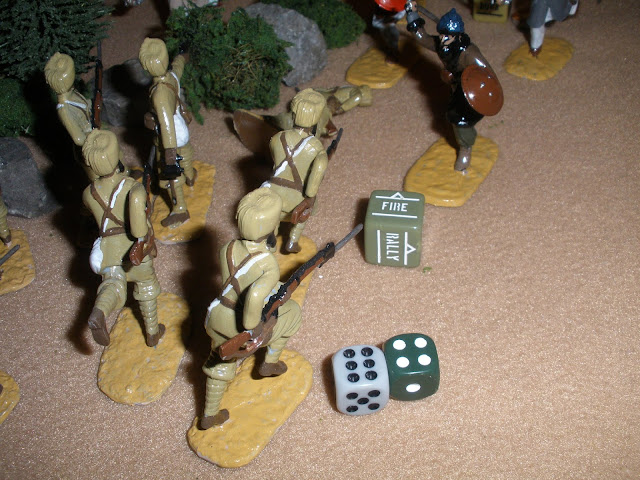 Only two Ghazis survive the melee. They then make towards the screw gunners. 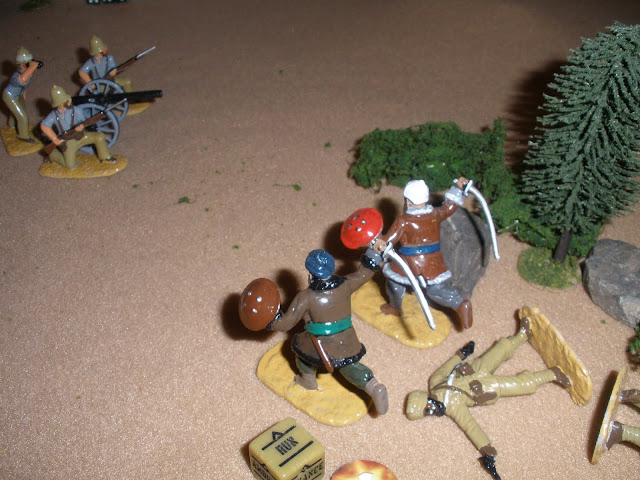 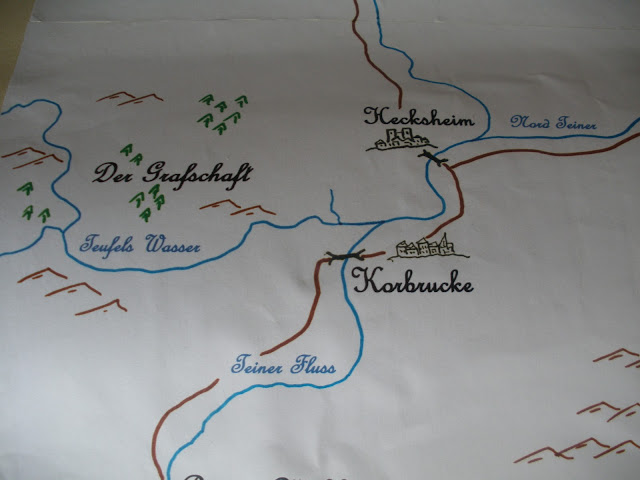